When you think of German food, what do you think of? German sausage, die Bratwurst, is probably the most popular answer, but Germany has a whole host of delicious foods. Did you know one of the most favoured cakes in Ireland originates from Germany? Schwarzwälder Kirschtorte is your beloved Black Forest Gateaux, the layered chocolate sponge with cherries, jam filling, and cream. As the name suggests, it originates from southwest Germany where the Black Forest, der Schwarzwald, is situated.

Cake is very popular in Germany, and eating cake in the afternoon with coffee, an activity known as Kaffee und Kuchen, is a big tradition in Germany, especially at the weekends with family.

Breakfast, das Frühstück, is one of the most important meals of the day. Coffee is the drink of choice, but tea is becoming more popular, maybe it is the Irish influence there! We usually have various types of breads for breakfast with jams, butter and preserves. The health conscious would choose muesli and cereals, however, potato pancakes with sausage and bacon would be the number one choice for many.

Lunch time, das Mittagessen ,is where we have our main meal of the day. We usually have home cooked meals such as Rouladen, Schnitzel or Sauerbraten (more on them later), consisting of meat, fish, vegetables, potatoes and rice. For those who can’t stop for lunch, the traditional German Schnitzel is the choice for those on the go.

We wouldn’t want to get too full at lunch as we have Kaffee und Kuchen as mentioned above - afternoon coffee and cake!

Dinner, das Abendessen or also das Abendbrot, the time to unwind after work, and spend time with your family and friends. After a large lunch, most German families will opt for a cold buffet style meal with cheese, meat, potatoes, pickles and more bread!

Again we cannot say all German people eat their three meals like this, like not all Irish people eat stew everyday, but traditionally these would be the meal structures of choice.

Now let’s get to the fun part- the German dishes:

der Kartoffelpuffer- these potato pancakes are a huge hit at breakfast, similar to a potato rosti, made with potatoes, eggs and flour then shallow fried. They can also be served throughout the day as a side dish. They are delicious!

das Schnitzel - this breaded and fried meat actually originates in Austria but is one of the most in demand lunch and dinner options in Germany. It is made by tenderising a piece of meat such as chicken or beef and covering in egg, flour and breadcrumbs before frying in oil.

die Bratwurst - the classic German sausage that is served all over the world to over 800 million a year! There are over 40 different types of Bratwurst including currywurst, which is as the name suggests is a sausage with a curry type mix on top. Currywurst is commonly attributed to Herta Heuwer, a Berlin woman who in 1949 managed to obtain ketchup and curry powder from British soldiers, mixed them up and served the result over grilled sausage, instantly creating a German street food classic.

der Sauerbraten - is a German pot roast and Germany’s national dish. The literal translation is 'sour roast'. The sour part refers to the pickling of the meat in a sweet and sour gravy-like sauce, which is then slowly roasted in a dish. It is traditionally prepared with horse meat, but nowadays beef and venison is used.

die Roulade - is a German main dish that consists of pickles and bacon wrapped in thin slices of beef, or veal. It is usually served with gravy, dumplings, mashed potatoes, and cabbage. I remember this meal fondly as a weekend dinner and for celebrations and holiday times.

der Eintopf - is a one-pot stew that I make regularly here in Ireland. Not too dissimilar to an Irish stew, this one pot wonder consists of vegetables, potatoes, meat and broth. Flavours can vary depending on region, but my favourite is beef.

der Lebkuchen - We cannot talk about German foods and not discuss Lebkuchen, the heart shaped gingerbread cookie found at Christmas time in Germany. The invention of the cookie dates back to the 13th century, where monks in Nuremburg are said to have made this creation. The hard biscuit comes in many flavours including honey, aniseed, and ginger. They are often found at Weihnachtsmärkten or Christmas markets around the world.

All that food talk has made me hungry, but it has definitely allowed me to reminisce over my favourite German foods. Immerse yourself in German food by cooking some of these dishes, you can find these recipes and more here.

In our German classes, we often try German breads and snacks, and this helps our students fall in love with the language some more. We discuss how the food is made, what flavours we can taste and what regions in Germany they are eaten. If you would like to join our fun filled German l

essons, we have new courses starting in September both online and in school. Check out our timetable today!

Check out the pictures in the gallery! 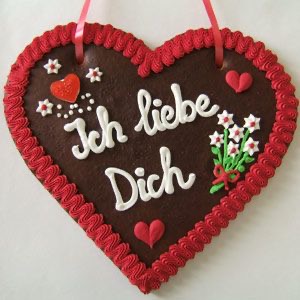 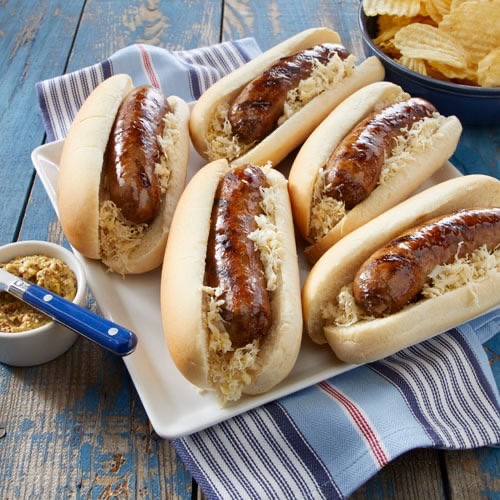 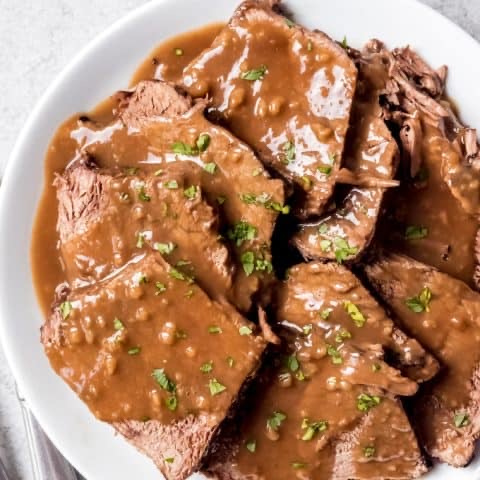 5 simple ways to help you learn the German language

German - The language of love...